The Fibonnacci Sequence brought to life

They’re at it again!

The guys from ASAP Science, who brought us the Science Love Song, deliver this science send-up of a Taylor Swift tune.

Is this a sea monster?

The oarfish is a long, thin, serpent like fish that may be the cause of many sea monster legends throughout history.

Recently, a  marine science instructor snorkeling off the Southern California coast spotted something out of a fantasy novel: the silvery carcass of an 18-foot-long oarfish. She needed more than 15 helpers to drag the giant sea creature with eyes the size of half dollars to shore.

Because oarfish dive more than 3,000 feet deep, sightings of the creatures are rare and they are largely unstudied. The obscure fish apparently died of natural causes. Tissue samples and video footage were sent to the University of California, Santa Barbara, for study by biologists.

The carcass will be buried in the sand until it decomposes and then its skeleton will be reassembled for display.

The oarfish, which can grow to more than 50 feet, is a deep-water pelagic fish — the longest bony fish in the world. 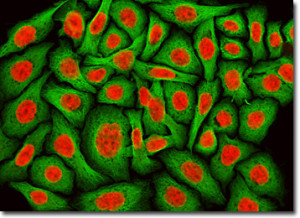 For my students who have read, or are reading, The Immortal Life of Henrietta Lacks – the excellent RadioLab interview with author Rebecca Skloot:

I drove across the new Bay Bridge on Thursday night, and it’s a beautiful, graceful structure.

This time-lapse movie of the building of the Bay Bridge was created by Earth Cam, using 12 cameras. The four-minute movie is the result of 6 years of photography from 42 preset angles.

My Science Mind
Blog at WordPress.com.